The class today was on the use of humor in political protest. Last week we discussed the fundamentals of civil disobedience and this week the students presented different examples of the uses of humor.

So the basics of disobedience are usually described as having different components to differentiate them from “just” lawlessness. For example H. A. Bedau argued in Civil Disobedience in Focus that in order for disobedience to be legitimate it should be

“committed openly…non-violently…and conscientiously…within the framework of the rule of law…with the intention of frustrating or protesting some law, policy or decision…of the government.”

As the examples of humor show, they fail many of these components and do not pass as civil disobedience. In most cases they are either not breaking any rule, regulation, policy, or social norm and in other cases they are not protesting the ruling authority or government.

However, the examples demonstrate the complexity of society by realizing that it is not only the government that regulates and that disobedience need not only be the breaking of rules.

The presentations today included The Pink Chaddi Campaign where Indian women sent pink underwear to the leader of an orthodox Hindu group to protest it’s misogynistic worldview. The De Grote Donor Show ashocking critique of popular culture intended to raise awareness about organ donation. The John Howard Ladies Auxiliary Club, a group of performance actors who adopted characters parodying 1950s Australian housewives and claimed to be the Prime Minister’s fan club. They would use his own conservatism against him in their parodies.

In The Snatchel Project the goal is: “Let’s make a uterus or VJJ* for each male rep in congress! If they have their own, they can leave ours alone!”. Participants knit or crochet female reproductive organs and send them to legislators. The Barbie Liberation Organization hacked talking Barbie and G.I. Joe dolls and switched their recorded messages. This would make Barbie say “vengeance is mine” while G.I. Joe would exclaim that “The beach is the place for summer.” The goal was to show that gender stereotypes are just that – stereotypes. 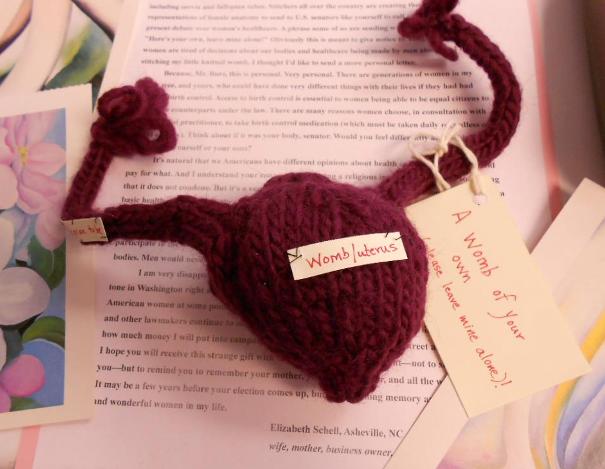 The sheer variation of these activist campaigns ensured that we had interesting and lively discussions ranging from fears connected with organ donation to misogyny in Australia. A lively class indeed.

An interesting aspect of looking at these studies was to refer them back to the theories. Where they political actions since they were aimed at non-political players? Where they disobedience when they were not breaking any rules? What we could see was that the activists (even if they may not all have defined themselves as such) set about non-conforming to social norms and protesting the message of a dominant player.