Mercedes-Benz in Sweden used a work by Karin Boye in a recent ad. As was to be expected there were those who cared and were annoyed that the Swedish poet was being used to sell cars. However, it is important to point out that she passed in 1941, and her work has therefore been in the public domain since January 1, 2012.

However, there are, under Swedish copyright law, provisions protecting cultural heritage and granting perpetual protection to works. This is rule cannot be invoked by anyone but it can be used by the Swedish Academy. The Swedish Academy (founded in 1786) is one of the Royal Academies of Sweden best known for choosing who will get the Nobel Prize in Literature.

The permanent secretary of the Academy Peter Englund compared the reading of the poem to grave robbing. He goes on to explain that the Academy has the right to protect the Swedish classics and that they have sent a letter to Mercedes. In a later post Peter Englund reports that the advert aired only once and has been removed from YouTube and will no longer be used in the dealerships.

This is utterly insane. If something is in the public domain, which happens much too late anyway, then everybody and their brother must be unconditionally certain they have the right to use it as they like – or it is, by definition, not in the public domain. The Swedish Academy just introduced a perpetual clearance culture, effectively killing the Swedish cultural heritage rather than allowing it to live on and take new forms.

I am torn. I agree that things should enter the public domain and do so at a much earlier date. And I also think that the public domain should not be limited or infringed upon. However, there is some kinds of use that tend to leave a bad taste in my mouth. 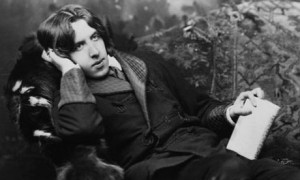 This is not about Karin Boye’s poetry. I do not feel that this Swedish classic has been terribly wronged. But I dislike the ways in which the dead can be used as marketing tools for the present and even be used in ways that may contradict everything the individuals stood for in the past.

Among the worst examples of this bad taste must be the $23,000 Montblanc Gandhi pen “18-carat solid gold, rhodium-plated nib, engraved with Gandhi’s image, and “a saffron-coloured mandarin garnet” on the clip”.

So I am not as upset as Falkvinge. The fact that the protection of classics is barely used is maybe a sign that a gentle hand is being applied. Of course the fact that the legislation exists begs for it to be misused. Still I find it difficult to cry for the corporation in this case. The fact that we are talking about them meant that their publicity campaign worked.