I like this – but I don’t believe that technology is neutral since it is created, embedded, and used in a setting.

“All technology is in itself morally neutral. These are just powers which can either be used well or ill, it’s the same thing with atomic energy. We can either use it to blow ourselves up, or we can use it as a substitute for the coal and the oil which are running out.” -Aldous Huxley

The Atlantic published A Reading Guide for Those in Despair About American Politics. It’s a list worth looking through, and of course, reading…

Last week I taught “The Right to Privacy” by Warren and Brandeis. Their article was published in 1890 but is filled with sentiments and quotes that could be addressing technology today. The language is a bit aged but the ideas are still clear.

This could be about social media…

The intensity and complexity of life, attendant upon advancing civilization, have rendered necessary some retreat from the world, and man, under the refining influence of culture, has become more sensitive to publicity, so that solitude and privacy have become more essential to the individual; but modern enterprise and invention have, through invasions upon his privacy, subjected him to mental pain and distress, far greater than could be inflicted by mere bodily injury.

And their fear of technology

“Instantaneous photographs and newspaper enterprise have invaded the sacred precincts of private and domestic life; and numerous mechanical devices threaten to make good the prediction that ” what is whispered in the closet shall be proclaimed from the house-tops.”

There is lots more. Their work reflects ideas found in The Shallows by Nicholas Carr or any of the later books by Sherry Turkle. People who we generally see, to a varying degree, as anti-technology. Usually when people go against the current technology we throw about the pejorative term Luddite!

And Warren & Brandeis may have faced similar criticism in their time. The article was well received. For example an article in the 1891 Atlantic Monthly wrote (from Glancy The Invention of the Right to Privacy Arizona Law Review 1979):

…a learned and interesting article in a recent number of the Harvard Law Review, entitled The Right to Privacy. It seems that the great doctrine of Development rules not only in biology and theology, but in the law as well; so that whenever, in the long process of civilization, man generates a capacity for being made miserable by his fellows in some new way, the law, after a decent interval, steps in to protect him.

The second reason is, that there would be no effective public support or countenance for such proceedings. There is nothing democratic societies dislike so much to-day as anything which looks like what is called “exclusiveness,” and all regard for or precautions about privacy are apt to be considered signs of exclusiveness. A man going into court, therefore, in defence of his privacy, would very rarely be an object of sympathy on the part either of a jury or the public.

Its much too easy to look at the past and judge it from the perspective of the present. But I wonder if I called Warren & Brandeis luddites if I had been around at the time?

I’m looking forward to participating in the Sixth Annual International Symposium on Digital Ethics which will be in Chicago on Friday, November 4.

The keynote speaker will be Lilie Chouliaraki, author of The Spectatorship of Suffering and Professor of Media and Communications at the London School of Economics.

Quantity has its own quality – The quote is often falsely attributed to Stalin. It was used in this great article by Will Self: The awful cult of the talentless hipster has taken over

Aside from the great article it got me thinking about the quote which then led me to find out a examination on Quora written by Nils Barth it’s worth repeating:

Presumably Thomas A. Callaghan Jr., influential US defense consultant of the 1970s and 1980s and director of the Allied Interdependence program at the Center for Strategic and International Studies, arguing for increased spending on weapons.

Earliest result I could find is “Quantity has a Quality All Its Own,” Allied Interdependence Newsletter No. 13, Center for Strategic and International Studies, 21 June 1979 (which Callaghan produced and presumably authored), cited in Naval War College Review, “How much is not enough? The non-nuclear air battle in NATO’s central region”, Volume 33, March-April (1980), footnote on p. 77, quotation on p. 68, echoing similar sentiments by Sam Nunn (“At some point numbers do count.”). This looks like the origin of the phrase.

The phrase has been popular in the US defense community since the 1980s, sometimes acknowledging it as a US coinage, but often misattributing it to Clausewitz, Lenin, Stalin, and Brezhnev, but mostly to Stalin.

The general principle that quantity begets quality is a key tenet of the Marxist theory of dialectical materialism, as formulated by Marx and Engels, phrased as the law of the passage of quantitative changes into qualitative changes. This in turn is attributed to Hegel (Science of Logic), who in turn attributes it to Ancient Greek philosophers, notably the paradox of the heap Eubulides: a quantitative change in the number of grains of sand leads to a qualitative change in being a heap or not. While Marx and Engels are quoted by various Marxist and communist authors, including Stalin, this formulation is not found in their work or in English translation. (Re: “Quantity has a quality all its own” source?, Tim Davenport, H-Russia, April 5, 2010)

Google
Posted on September 16, 2016 by Mathias Klang
share this

The book market is a mess and the second hand book market is even weirder. As a buyer the second hand books on Amazon are amazing as many hardcover, good condition books are listed at a penny $0.01 of course the shipping is added to this but at $4 a book this is still a sweet deal. After buying the 5 volume History of Private Life and having it shipped to my house for a total of $20 dollars I tried to figure out how it was even possible.

The massive set consisted on Volume I: From Pagan Rome to Byzantium, Volume II: Revelations of the Medieval World, Volume III: Passions of the Renaissance, Volume IV: From the Fires of Revolution to the Great War, Volume V: Riddles of Identity in Modern Times. Its authors are respected historians and the weight alone makes this an impressive purchase.

Naturally it made no sense and I was at a loss to how it worked. Finally, after Googling, I came across this thread. Its from 2012 but it throws some light on how the whole thing works.

In brief:
A seller lists a book for $.01
Amazon collects $3.99 from the buyer and gives $2.66 ($.01 + $2.64 shipping allowance) to the seller. (The $1.35 ‘closing fee’ is subtracted from the shipping allowance by Amazon)
The seller is a ProMerchant, so doesn’t pay the $.99 fee (but does pay $40 per month to be a ProMerchant).
The 15% fee on 1 cent is zero.
The seller pays $2.38 or $2.88 in postage for a 1 or 2 pound package (or less, if it is very light weight and can go First Class. Much less if the penny seller is high volume and uses Bulk Mail).
The seller cost for the book is zero, because he got it for free somehow.
The seller used recycled packing materials, so those cost nothing, too.
The seller ends-up with $.27 (if it’s 1 pound media mail) in a domestic shipment (a bit more if it’s mailed using Bulk Mail).
The seller is happy with his “profit”.
Amazon ends up with $1.35 from the shipping.
Amazon is even happier than the seller.

Its not exactly big bucks but it does explain a little more how 1penny books can be sold at a (sort of) profit. 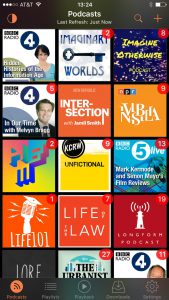 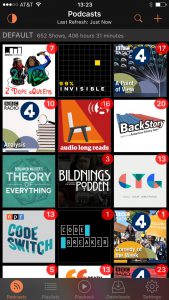 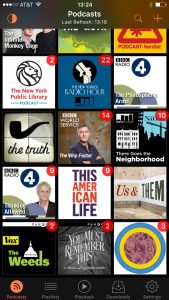 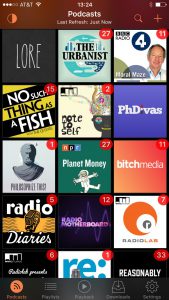 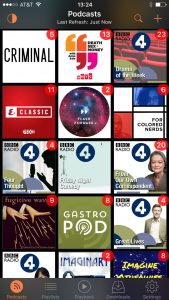 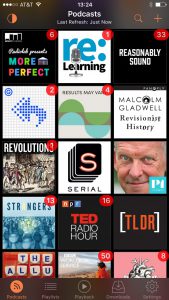 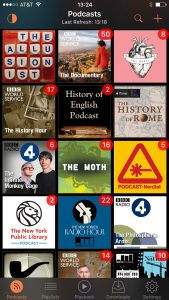 I am a big fan of the online journal First Monday so its always a thrill when I have an article published with them. This time it’s even more fun since it’s a special issue A decade of Web 2.0 — Reflections, critical perspectives, and beyond

In 2008, First Monday published a special issue entitled “Critical perspectives on Web 2.0” — bringing together a diverse group of scholars to “expose, explore and explain the ideological meanings and the social, political, and ethical implications of Web 2.0” This special issue examines many concerns that have evolved over time with the greater use and abuse of the Web and its incredible integration into global society.

Our article on the Domestication of Online Activism has been a long time in the writing process so I am very happy that it’s finally out!