The Internet is a magical wonderful thing that contains both the ugly and beautiful. For some time now I have been struggling with in which of these categories to deposit the Racists Getting Fired mob. Most of the time racists online seem to have the same modus operandi as trolls and haters. They’re ugly and noisy but maybe the best thing to do is to ignore them. You know, don’t feed the trolls. On the other hand there is value in the argument that if nobody speaks up against online racism they may believe there own garbage. They may also be able to grow in their own bubble.

Some online are reacting.

One such group can be seen in examples like the Tumblr Racists Getting Fired which actively posts personal information about racists and contacts their employers with the aim of getting them fired. Most companies seem to reply quickly to these types of complaints to disassociate them from the message their employees are spreading. Some companies have even fired the employees for spreading racist comments online.

I have no sympathy for the racists. But I do have concerns about mob mentality in online environments. A part of me congratulates the civic mindedness of people for not silently ignoring the horrible remarks, while a part of me abhors spreading personal information online. In effect this is doxxing as a punishment for racism and also intentionally trying to get the racist fired.

Will the fired racist change or understand? Will the fired racist be silenced? Does it matter? Isn’t it enough that the racist understands that the world will not silently ignore the vile messages? A recent case was the father whose daughter was bullied and racially taunted. He called the father of the bullies and was himself the receiver of racial abuse. He posted it all online. The bullies’ father was fired from his job.

When social stigma doesn’t work the next step is to cause actual hardship. The racists are wrongdoers and should be penalized but there is something about the process and punishments in these examples that raises concerns. 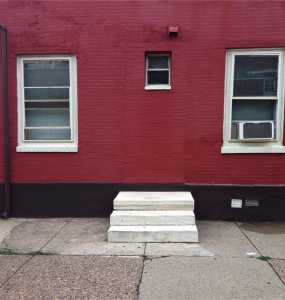